It is well known that the orientation of a part on the build plate influences as-printed part characteristics such as stiffness, strength, and surface quality. For functional prototypes and production parts, stiffness and strength are key considerations. How do you decide which build orientation will result in a part with the best performance? In most cases, this is achieved by printing the part at various orientations and then testing them, which takes a lot of time and resources, or through "institutional knowledge". Instead of printing and testing, Smart Slice can be used to guide you to an answer in a matter of minutes.

This is the 2nd installment of our Smart Slice Validation Series where we compare Smart Slice to experiments. Here, we examine a lever printed in 3 different orientations. The 1st study focused on tensile specimens, where we demonstrated the ability of Smart Slice to capture trends in stiffness and yield strength for varying raster angles.

How We Validate Smart Slice with Part Orientations

A lever is printed using the 3 build orientations shown in Figure 1 using 3DXTECH CarbonX™ CF-Nylon filament. Each part has the same print settings: 6 walls, 6 top and bottom layers, and 40% triangle infill. The part is constrained and loaded as shown in Figure 2 and the displacement is measured using a laser extensometer. From the experimental plots of applied load vs. displacement, we are able to compute the stiffness and yield load for each orientation. 3 parts for each orientation were tested in order to increase confidence in the values. It took 24 hours to print 9 parts and 6 hours to setup and run the experiments. 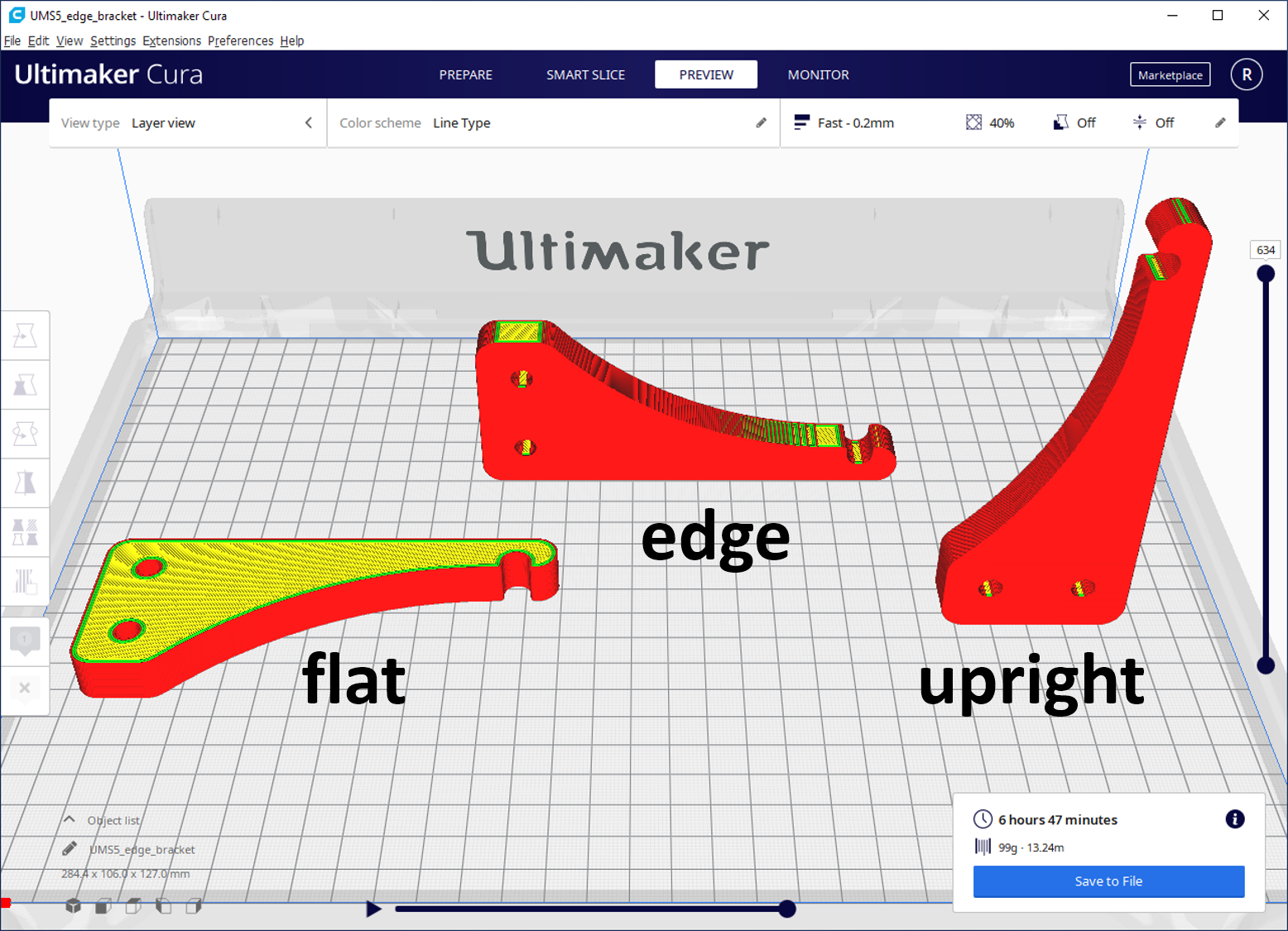 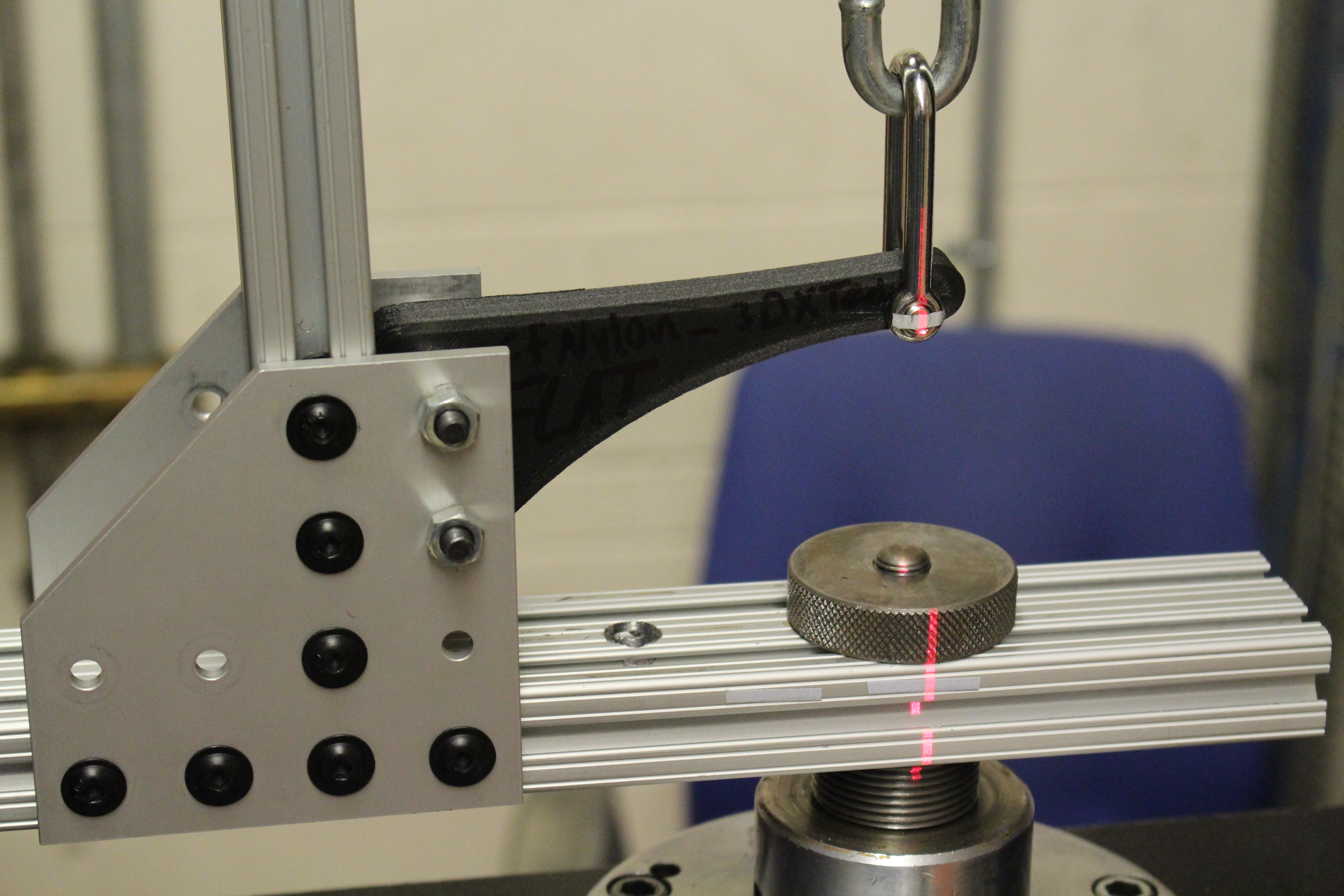 Figure 2. Photograph of a lever loaded in the test fixture. Bolts on the left secure the lever and a vertical force is applied to the lever via a D shackle and chain.

The level of effort required for the experiments is considerable. Printing 9 parts and testing them required a total of 24 hours of print time and 6 hours of testing. In contrast, all 3 part orientations were setup and solved with Smart Slice in less than 10 minutes. Multiply this time efficiency over the course of a year's worth of parts and the value of Smart Slice becomes clear.